Renters are protected in other Ohio cities. Could Cleveland be next? Tenants in a number of Ohio cities, ranging from Akron to Yellow Springs, have something that their counterparts in Cleveland lack: renter protection rights.

In Cleveland, tenants can be evicted for being just one day late on rent. Landlords can also refuse to rent to tenants who pay using alternate sources of income, like housing choice vouchers or disability benefits.

Fair housing advocates and community groups in Cleveland are asking Mayor Justin Bibb and city council to endorse legislation that would provide Pay to Stay and Source of Income (SOI) protection, as well as to support the establishment of a group to develop a comprehensive Renters’ Bill of Rights.

Pay to Stay would allow tenants who face eviction to remain in their current housing, if they pay their rent, late fees, and court costs by the time of their eviction hearing.

SOI protection would prohibit landlords from discriminating against tenants because of the source of income a tenant uses to pay the rent (such as a Section 8 voucher). 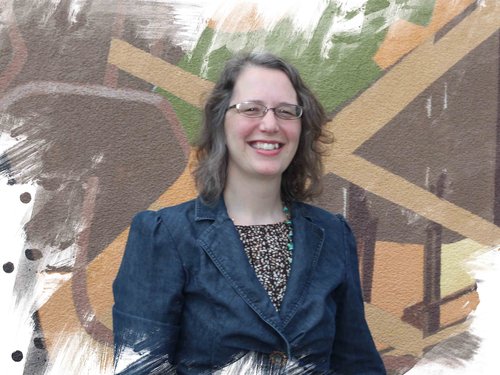 Dayton, Columbus and Toledo have all faced challenges in implementing the new laws, including convincing landlords that the protections could be beneficial to them; educating both property owners and tenants about what the ordinances entail; and making sure enforcement measures are in place.

Debra Lavey, a senior attorney with Advocates for Basic Legal Equality (ABLE) in Dayton, says the key is getting past the idea that the push for these rights is a fight between tenants and landlords, with one group coming out on top.

“Our view of it is it’s a ‘win-win’ for both landlords and tenants,” Lavey said. “Tenants get to stay, and landlords have their unit occupied and are getting paid. We see it as a way to keep communities stable, children in school, and people out of the shelter.”

In this continuing series on renters rights, The Land and the Northeast Ohio Solutions Journalism Collaboration (NEOSOJO) explore how and why Toledo, Dayton, and Columbus have adopted legislation similar to what advocates are seeking in Cleveland.

While it’s still early in the process, renter protections have been helpful in preventing evictions and SOI discrimination during the COVID-19 pandemic, representatives from all three cities say. 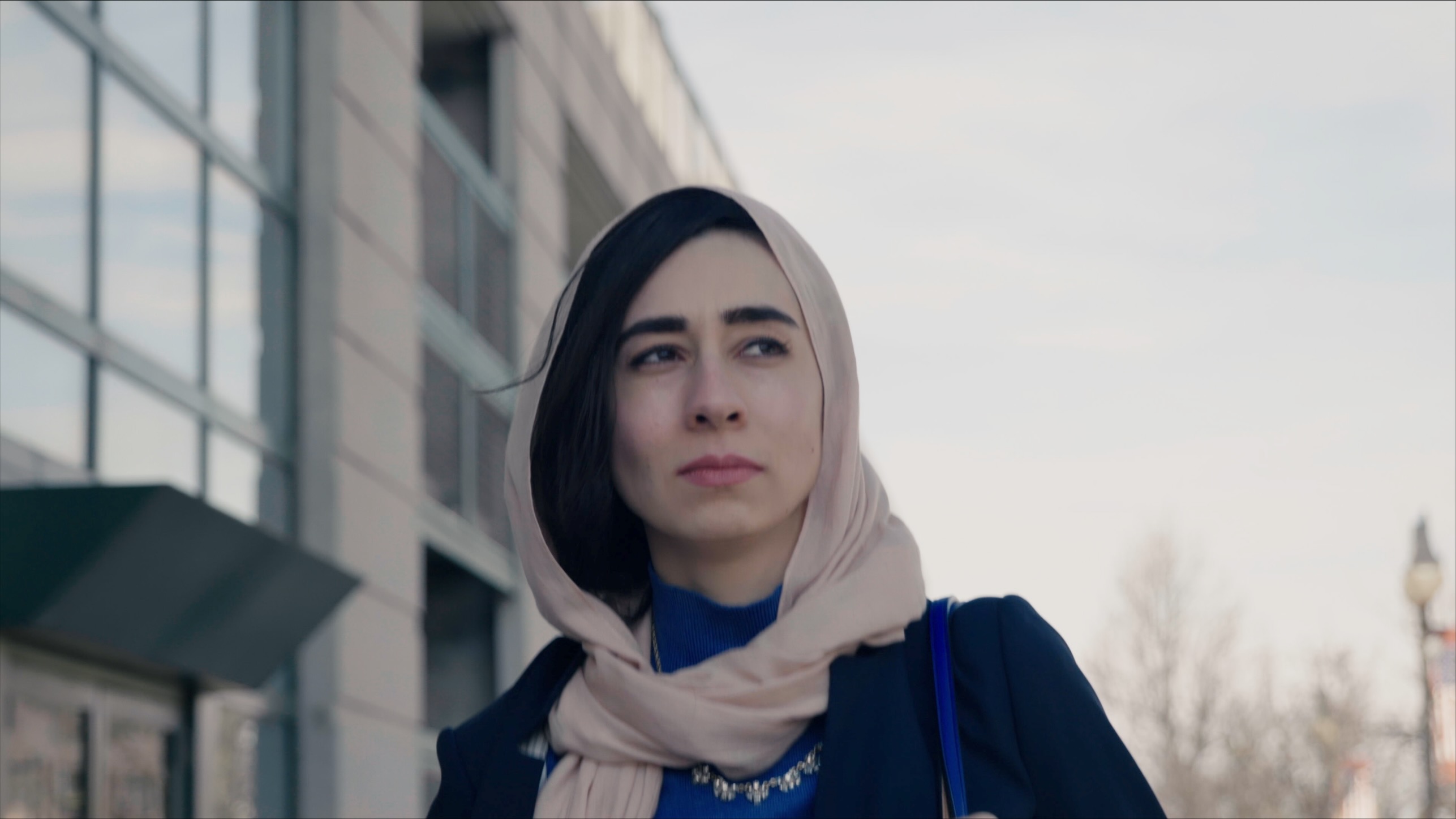 Reem Subei, senior attorney for Advocates for Basic Legal Equality (ABLE) in Toledo, said that she and other lawyers have been using the “Pay to Stay” protection, as a way to keep tenants from being evicted.

“We know that it has been useful,” she said. Legal Aid attorneys in western Ohio have

used Pay to Stay while representing tenants in eviction cases. “I have used it in one of my cases, too. It’s had a positive impact. It’s been used in front of magistrates or judges, and it’s been utilized as part of negotiation settlements to avoid going to court.”

The pandemic raised the number of renters at risk of losing their homes to as many as 40 million people nationwide, according to a study by the Aspen Institute.

“The COVID pandemic really heightened the awareness and recognition of the housing crisis across the board,” said Sarah Jenkins, director of public policy and community engagement for Toledo’s Fair Housing Center. “Policy makers, public officials, and others

turned their attention more toward how we address this issue because it became so much more prevalent.”

The need to provide solutions quickly helped create a greater urgency around these issues, and increased the political willpower to pass legislation to create the protections, Jenkins said. 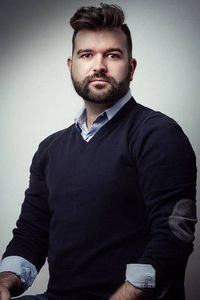 In Toledo, City Councilman Nick Komives, who has been an advocate for housing issues, had been meeting with other council members, housing advocates, and community members to discuss protections. The push to aid renters through legislation became more critical during the pandemic as the economy went into recession.

Meeting a federal housing mandate also played a key role in the adoption of SOI protection. The Fair Housing Act requirement known as “Affirmatively Furthering Fair Housing (AFFH)” requires that a local municipality receiving federal funding for housing needs must work to address historic barriers and inequities when it comes to housing.

In the comprehensive “analysis of impediments” study that accompanied the mandate, SOI was identified as a barrier, which then obligated Toledo to address the issue. A “fair housing action” plan” including a series of action steps, including passing SOI protection.

With Komives spearheading the effort, the two ordinances, one for SOI protection, the other for Pay to Stay protection, passed on December 15th, 2020, by an 8-4 vote. The legislation went into effect in April 2021.

Dayton had been looking into renter protections before the pandemic, spurred by the high number of evictions in the city. In 2019, Mayor Nan Whaley worked with the city to form an eviction task force to address the issue.

Lavey, a member of the task force who played a key role in pushing for Pay to Stay legislation in Dayton, said the pandemic proved to be a driving force in making renters’ rights a priority. It took a community effort from city leadership, most notably Whaley, as well as the task force, to get the ordinances passed by the city commission in March 2021, Lavey said.

In addition to Pay to Stay, the Commission also approved ordinances capping the amount of late fees landlords can charge renters and requiring landlords to provide receipts to tenants who pay rent with cash or money orders.

Like Toledo, Dayton’s Pay to Stay ordinance is an affirmative defense, meaning it is not automatically granted. The tenant, or the tenant’s attorney, must raise it as a defense in the eviction proceedings, and it can only be invoked once per year. 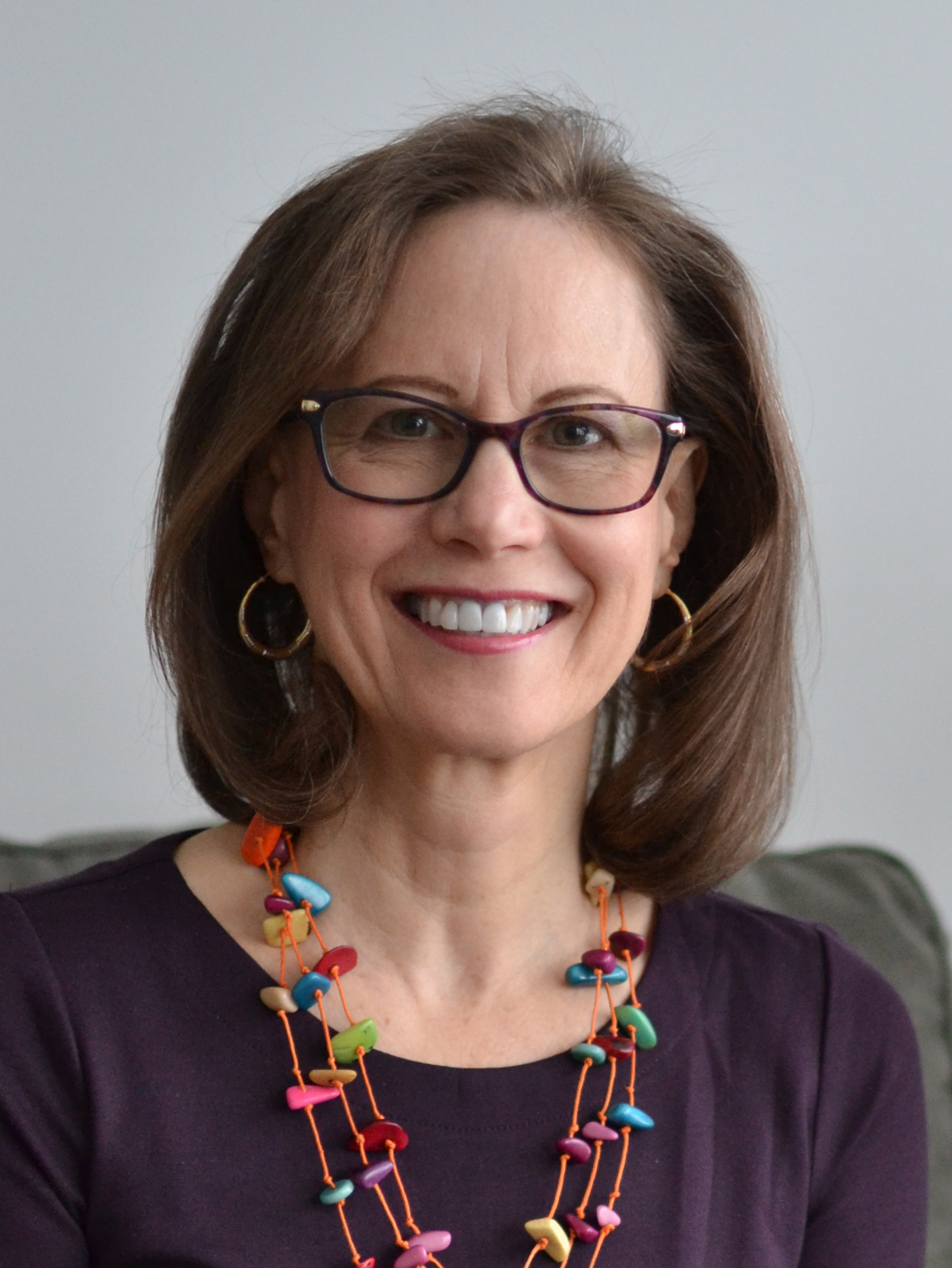 The movement to get SOI protection passed came about for different reasons in Columbus, said Amy Klaben.

Klaben is the co-founder of Move to PROSPER, an organization that helps low-income households with young children get access to rental housing in high opportunity neighborhoods. She is also part of Building Welcoming Communities, a group of volunteers which advocates that communities stop discrimination based on SOI.

Building Welcoming Communities had been in talks with the mayor of the east side Columbus suburb of Bexley, who said the city was trying to help some families move from more distressed areas into better housing. The city was willing to provide the tenants with rental support, but the landlords wouldn’t accept it.

Klaben told the mayor that landlords’ refusal to rent to these tenants would be illegal discrimination if the city passed SOI protection.

After Columbus City Council began hearings on SOI protection, City Council member Shayla Favor introduced three pieces of legislation under the umbrella of “Housing for All.” The first was SOI protection, the second required landlords to provide a rental receipt to tenants who pay rent in cash, and the third allowed people to pay their security deposits in a series of monthly deposits, rather than all at once.

Klaben said the issue had a groundswell of support.

“There were a lot of organizations supporting these ordinances, all actively working to get this passed,” she said.

Just because the ordinances are in place, it doesn’t mean all property owners are aware of the new laws, Subei said.

It wasn’t easy to win support for renter protection in these three cities. Landlords had legitimate concerns about how SOI would affect their businesses, said Anna Mills, the president of Toledo Real Estate Investors Association and owner of 75 rental properties.

“Our view of it is it's a 'win-win' for both landlords and tenants....Tenants get to stay and landlords have their unit occupied, and are getting paid. We see it as a way to keep communities stable, children in school, and people out of the shelter." - Deborah Lavey, senior attorney with Advocates for Basic Legal Equality (ABLE) in Dayton

They feared being left with damaged property that they would have to repair at their own expense. Mills said landlords wanted the legislation to include safety nets to provide them with some way to recover the cost of damaged property from voucher-holding tenants or the housing agency that facilitated the rental.

In order to accept tenants with vouchers, the rental property must pass a housing inspection required by the U.S. Department of Housing and Urban Development (HUD), so time was also a factor.

To get both property owners and tenants up to speed on the new protections, all three cities delayed the ordinances going into effect for several months to allow time to address questions and conduct outreach.

Housing advocates made it clear that while these ordinances protect tenants, they aren’t meant to punish landlords, but instead to enable cooperation between renters, property owners and housing authorities.

In Columbus, Klaben said since the protections passed, housing authorities have implemented changes to help landlords, including providing more expedited review times for inspections. Also, the landlord is compensated for the time it takes to go through the process for approving the application of the prospective tenant. 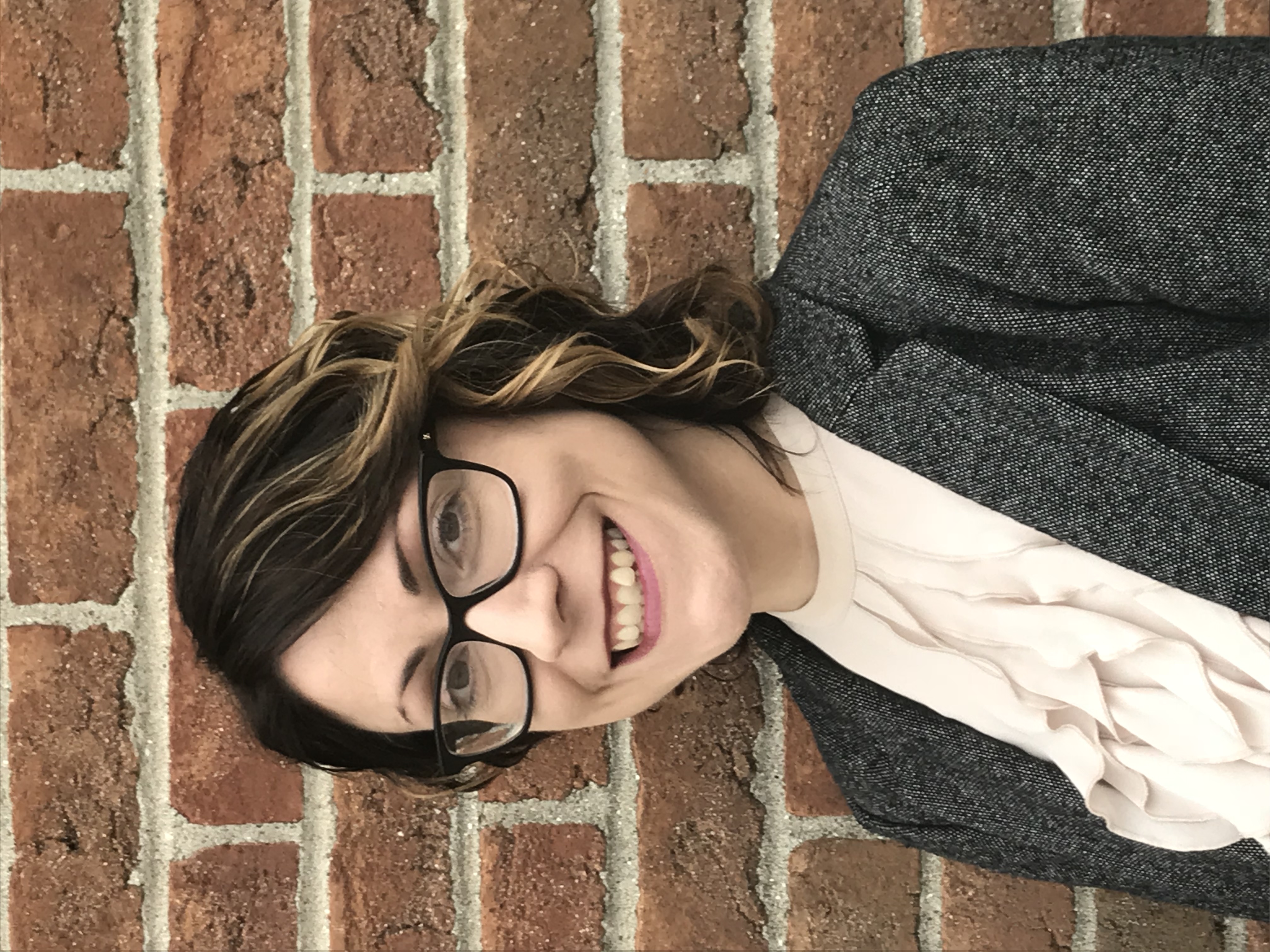 Structured enforcement also has to be in place for the protections to succeed, advocates agreed. In both Toledo and Dayton, Pay to Stay is an “affirmative defense,” so there isn’t an enforcement mechanism with penalties if a landlord violates the ordinance, it is just a defense to the eviction.

SOI protection is more variable. In Columbus, a landlord found guilty of refusing rent based on SOI would be guilty of a first-degree misdemeanor, punishable by up to 180 days in jail, and a $1,000 fine.

However the situation is different in Toledo. In that city, SOI, while a locally protected class, is not a federal or state-protected class. If SOI discrimination occurs, a complaint can’t be filed with HUD or the Ohio Civil Rights commission, but instead must be filed locally.

Toledo lacks a local enforcement agency, something the Fair Housing Center is working to address. “If there’s no consequence for violating it, there’s no real incentive to follow the law,” Jenkins said.

While all three housing advocates say it’s too early to judge the full effect the protections might be having, early indications are that they are working.

The goal of Toledo’s Fair Housing Center is to prevent discrimination before it takes place, so having SOI protection on the books has been a major help, Jenkins said.

Klaben agreed that having the law is a major asset in helping to prevent discrimination, citing a HUD study that showed in cities with the protection, landlords are less likely to deny housing vouchers. “Voucher denial rates in cities without the protection topped 78%, but once the fair housing laws were changed, the denial rates reached as low as 15%,” she said.

“It says you are an inclusive community, where everyone is welcome, regardless of income, race, or background,” Klaben said.

This story is a part of the Northeast Ohio Solutions Journalism Collaborative’s Making Ends Meet project. NEO SoJo is composed of 18-plus Northeast Ohio news outlets including Ideastream Public Media.

Daniel Polletta is a veteran Cleveland-based writer and broadcaster.

Understanding the movement for renter protections in...